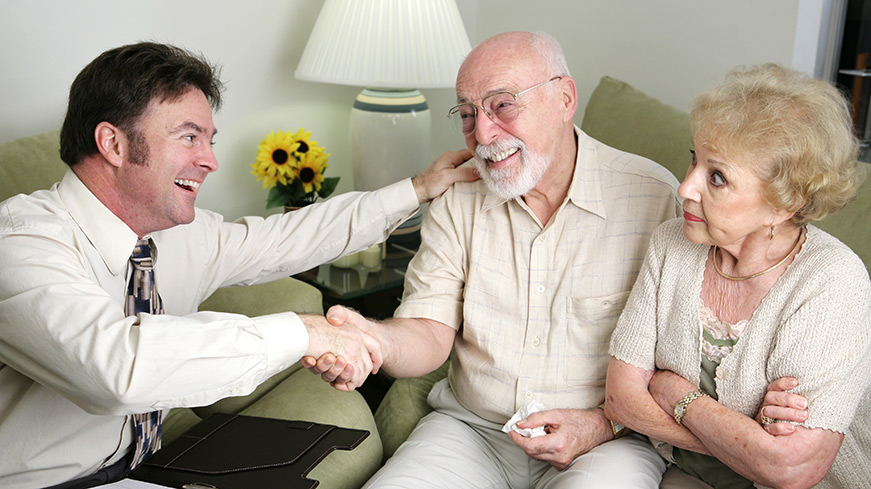 “The Conman who Came to Stay”* was the front-page headline that appeared in the Dominion Post last month.

A 77 year old on the run from police charmed his way into several women’s lives and houses and although he promised to pay rent, he never did and they were all left out of pocket.

There was always a sob story to introduce himself with – his apartment had been flooded and he needed a place for a few nights, or his apartment had been damaged in the Kaikoura earthquake. He said he had insurance payments for his accommodation and that he could pay it to them instead. He never did and as soon as any doubt was cast on his stories, he disappeared and quickly moved on to his next victim.

This is different from internet romance scams where the scammer, often a young male in Nigeria, spends months grooming the older person before moving in for the kill with the sob story – the emergency requiring the secret transfer of a large sum of money which is never seen again.

This scam is in person, and although we the reader might think “why ever did they fall for that?” remember that conmen are instinctive psychologists and know which buttons to press. We are all flattered when someone says something nice to us and we all like to be loved and cared for. And we all like to be helpful, to think we are helping a poor soul in need.

(A similar in-person scam is the helpful person who knocks on the door and offers to do gardening. One notorious such gardener in Wellington’s southern and eastern suburbs would first befriend the older person, then move in with the sob story of hungry children or large unpaid power bills because of family illness.)

How can you protect yourself from these cons? This is difficult for those of us who believe firmly in the Good Samaritan principle that we help those in need.

I think it’s important not to rush into any decisions. Think through the implications of what you are about to do.

Talk it over with someone you know and trust – they might see the red flags that you might not be in the right head space to see. I’ve just read a book called Wilful Blindness **, and the author says that in the early state of infatuation, we all tend to close our eyes to any faults in the beloved, or minimise them or believe that love conquers all.

If this was your daughter coming to you with this story of what her boyfriend wanted her to do, what advice would you give her? What aspects of your daughter’s story would worry you most and does this apply to what is happening to you?

What would your father or husband say about this man if they were around to advise you?

What would be the implications for you if you never saw the money again? One of my mantras in discussing financial abuse with people is that “your money is yours to use.” Could you absorb a large loss of finances?

Consider some counselling for the issues that it has thrown up. Do you need more company or more meaningful activity in your life? WellElder is a superb service in the Wellington/Porirua area set up specifically for older people and there are also good services in the Hutt.

Phone me at Age Concern if you want to talk it through. I might be able to see the red flags that you are minimising.